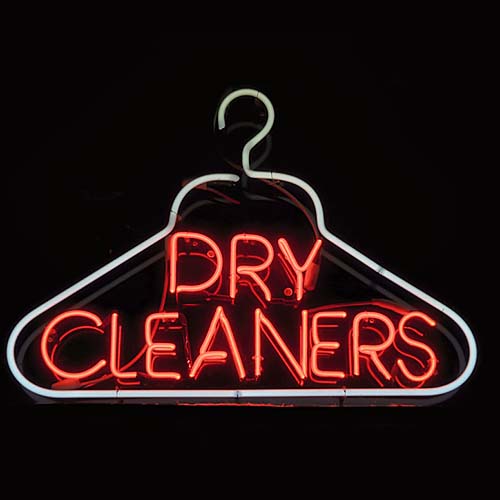 Bad odors that are in clothing can be difficult to remove, but with Hydroxyl Generators you can easily make your clothes smell great again. In fact, these Hydroxyl generators are commonly used not only by dry cleaners to tackle sweat smells from gym clothes, but also to remove the smell of smoke after fire damage because they are so powerful. If you have ever wondered how to eliminate odors and germs from clothing, then these processors are the best option for you. The clothing is generally placed in a smaller room with an Odorox Hydroxyl Generator. With the machine inside the room with the clothing, it can easily create all of the Hydroxyl that are necessary to remove odors from the fabric quickly and easily. By placing the machine on a high shelf, the Hydroxyl down to treat the clothing below.

Additionally, using a fan to help circulate the air in the room will speed up the process. All of the pieces of clothing are hung apart from each other so that air can circulate freely around them.Depending on the damage and odor of the clothing, the generator will need to be run for a few hours or days to fully remove the smell, which is the best way to make your clothes smell great. When the clothes smell better then the machine is shut off, the clothing airs out, and all remaining Hydroxyl convert back into H2O. Hydroxyl Generators are rather inexpensive and will quickly pay for themselves in an established dry cleaning company.As soon as it has paid for itself it will earn extra profits for the company, as the owner can how easily deodorize shoes, hockey pads, skates, and gym bags.Betty Feather from the Department of Textile and Apparel Management at the University of Missouri Extension notes that furniture, clothing, draperies, carpets, and upholstered furniture can now be saved after a house fire thanks to these powerful machines.

She addresses the benefits of these generators saying that some dry cleaners rely on this deodorizing process to eliminate the odor by actually breaking up the smoke molecule. This treatment creates an oxidizing agent that releases the same smell we associate with rain.While many people wonder how to get smell out of gym sporting equipment and then reach for household products to deodorize their clothing, these only offer temporary relief and mask the smell of smoke or sweat.The odor will actually remain after the deodorant has evaporated, and can smell worse due to an interaction with the applied product.Professional fire restorers know that Hydroxyl Generators are the best way to remove smells from large pieces of furniture and often tent items under a tarp to correctly treat them.Odorox generators work so quickly and release ample Hydroxyl, they ensure that the Hydroxyl can penetrate deep into the fabric to remove odors.Homeowners who wonder “what should I use to make my cloth smell fresh,” can use a generator to deodorize fabrics and garments in the safety of the home, ensuring that their wardrobes always smell fresh, as they can remove skunk spray, incense, tobacco smoke, mold, moth ball odor, and more. It’s important that all clothing to be treated is removed from plastic and spread out so that the Hydroxyl can circulate and penetrate the fabric.

Many people waste money sending clothing to the cleaners when it only needs to be deodorized.This includes not only regular everyday clothing, but also sports equipment. Rather than keeping sports equipment out of the home due to its smell and the fear of bacteria being brought into the house, it can now be treated with a Hydroxyl Generator to ensure that it smells great and that 99% of bacteria present is killed.This protects not only your athlete, but also all the other members of your family. These generators can improve the safety of your home by killing bacteria, mildew, and mold and sanitizing and disinfecting all of the rooms of your home. Additionally, these generators can be used in the car to ensure that your automobile is safe and clean. With an Odorox Hydroxyl Generator, you can eliminate germs, viruses, and bacteria, and keep your home, car, and clothing smelling amazing. Feel free to call Odorox Air at 888-246-7446 x 211 if you have any questions or concerns regarding Hydroxyl Processors to Remove Smells from Clothing and Sports Bags


An Odorox® .Slimline. model portable hydroxyl generator sanitizes this ambulance. Photo Thom Dick
FEATURED IN HEALTH AND SAFETY
We've talked about cooties before, Life-Saver. Nothing is scarier than some of the stuff you can't even see.
Fortunately, our bodies came equipped with an incredible array of weapons to protect us from sick people's diseases.

I can't find any studies that say so, but I don't think EMS providers get sick as often as most other people. If that's true, I suspect it's because we're exposed to so much disease on a regular basis that we're somewhat immune to it. I've always been impressed by that (and have always been grateful for it.) But I still think we'd be a lot safer if somebody could devise a surefire way to sanitize an ambulance without taking it apart.
In the March 2005 installment of this column, I discussed numerous ways EMS providers could minimize their exposure to disease. I suggested everything from leaving their boots at work to routinely cleaning door handles, stretchers, ceiling hardware and radio mics with contact cleaner. I've also talked about such practices as hand-washing, ditching exam gloves before driving, removing the floor hardware to address substances that accumulate there and not eating in ambulances.
I do brag some about my agency's crews. I hope you understand I love 'em to death. If you ever come and ride with us, you'll see why in about a second. Not only are they fine caregivers, but they also have hearts the size of toasters. If we were to lose just one of them, all of EMS would be damaged. Their families expect us to keep them safe, and we try hard to do that.
One of our first responders is an EMT named Chris Forbes. Chris is a lieutenant with our fire department here in Brighton, Colo., and he's a part-time distributor of gizmos called hydroxyl generators. Hydroxyl ions are unstable, negatively charged molecules that oxidize single-celled organisms, and thereby, destroy them. Chris showed us a device the size of a briefcase that's designed to produce and circulate hydroxyls throughout a closed environment about the size of a small house (2,000 square feet). We bought it (for about $2,800). When we take an ambulance out of service for maintenance, and before we give it back to a crew, we plug the device into the unit's 110VAC shoreline circuit and run it in the patient compartment for 24 hours with all the doors and windows closed.

We're pretty small-time, and we serve a poor district, so we don't have a lot of money for science. We've found no reference to anybody using hydroxyl generators in ambulances. But the independent lab reports we've read say that in structures, this device destroys more than 99.9% of airborne, surface and contained anthrax, Clostridium difficile, Escherichia coli, influenza A, Pseudomonas aeruginosa, Listeria monocytogenes, MRSA, Staph aureus, molds and their spores, and tuberculosis bacilli on stainless steel and cotton fabric surfaces during a single 12-hour exposure.(1Ð3)
We also know from experience that it eliminates biologic and non-biologic odorsÑincluding emesis, blood, smoke and ethanolÑand produces no odors of its own.
They're commonly installed in the heating, ventilating and air conditioning systems of public buildings, especially in humid areas, and they're routinely used to purify structures after flooding. Fire departments use them to sanitize turnout gear.
How do these things work? Ours contains a fan that draws .dirty. air through a multiple-wavelength ultraviolet chamber, then exhausts it as clean airÑalong with hydroxyl ionsÑback into the environment. Hydroxyls occur naturally in sunlight. Although they're deadly to one-celled organisms, they're harmless to people and animals. Likewise, tests prove they break down airborne aldehydes, ozone, carbon monoxide and volatile organic compounds.(4)
According to Chris, you can actually get these things in much smaller sizes, designed for permanent mounting in an ambulance, for about $500. That would spread the cost of one over the span of a lease, or the life of a vehicle. JEMS - Journal of Emergency Medical Services
References

JEMS is a Premier Media Partner of the International Association of Fire Chiefs.