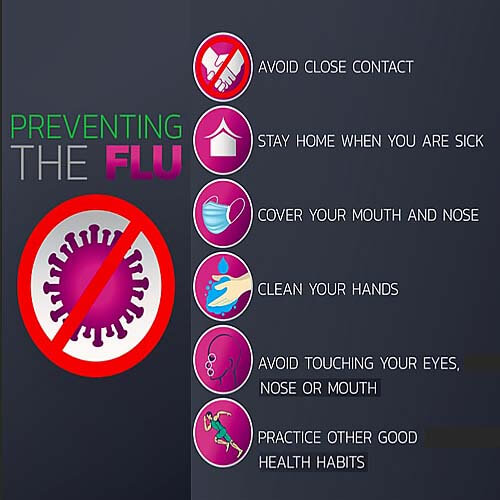 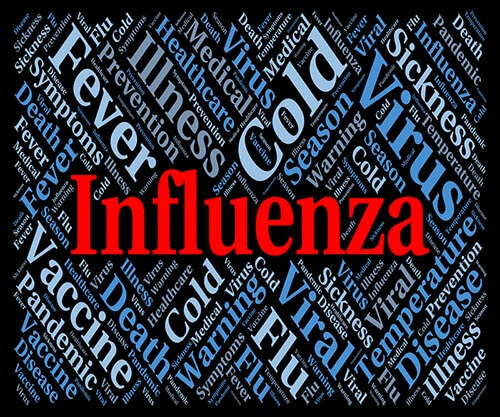 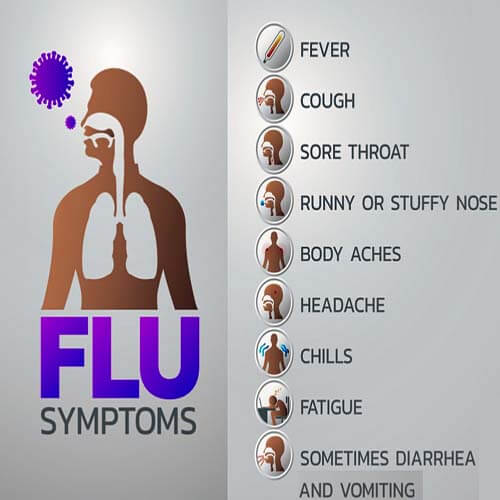 How to Avoid Getting Sick with Influenza (aka the 'Flu')

OdorOx/Pyure Hydroxyls Can Help Prevent the Spread of Influenza

Influenza, or the flu, is a virus that will affect the bronchi, nose, throat, and possibly the lungs when you are infected. These viruses are constantly changing and evolving from one year to another. While many people who get sick are only ill for a few days, others can end up in the hospital and may even die, which is why it’s so important to learn how to kill the Influenza A virus. The World Health Organization estimates that each year between 250,000 and 500,000 people die of the flu.

During the 2017-2018 flu season, there were around 80,000 deaths in the United States and 900,000 hospitalizations. The Centers for Disease Control and Prevention (CDC) called it the worst flu season in forty years.

History of the Flu

In Italian, “influenza” means “influence” as the Italians believed that the stars had an influence on a person’s health. There have been major pandemics from the flu throughout all of recorded history. The “Great Pandemic” in 1918-1919 infected around 20% to 40% of the world’s population and killed around 50 million people. More recently, in 2009-2010, the H1N1 strain of the flu appeared. This virus was commonly called “swine flu” due to how similar it is to a virus that is common in pigs. The swine flu made around 43 to 89 million people in the United States very sick and killed between 8300 to 8870 people.

Causes of the Flu

There are three types of this virus that will make people sick. They are called influenza A, B, and C.

The influenza A and B are seasonal problems that cause epidemics in the winter in the United States. Influenza C causes mild symptoms and is not known to cause epidemics. The CDC breaks type A down into two subtypes while A and B are both broken down into different strains to make classification easier.

The “stomach flu” is not actually caused by influenza; rather, it is caused by gastroenteritis. Additionally, avian flu, or Influenza A virus subtype H5N1, usually affects only birds with a human very rarely contracting this disease.

The H7N9 bird flu from China appeared in 2013 and has caused many infections each year in that country. However, unlike these bird flus/Avian influenza, both influenza A and B are highly contagious and can spread from one person to another quickly and easily through a sneeze or a cough. Researchers also determined recently that the virus can spread if a person breathes in small particles of the flu, which can travel six feet from an infected person.

Symptoms and Treatment of the Flu

Flu symptoms are similar to cold symptoms but are much more severe and include nasal congestion, coughing, sore throat, chills and sweats, muscle aches, and fever. Many people can beat the flu in under two weeks without treatment but people do need to increase fluids and rest for full recovery. Painkillers such as Motrin and Advil can be used to treat fever and aches while cough syrups can also help.

People who are older than 65, under five, pregnant, or suffering from certain health conditions can develop complications from the flu. Signs that you need emergency care right away include confusion, difficulty breathing, persistent vomiting, chest pain, or throat or mouth swelling. Children who experience a blue skin color, difficulty drinking fluids, fast breathing, and not waking up to interact need to be taken to the hospital right away because doctors will know how to avail the flu. Some medications, such as Tamiflu (oseltamivir), Relenza (zanamivier), or Invir (ianinamivir), may be necessary for treatment.

Good hygiene practices, hand washing, and covering your mouth when you sneeze or cough can help to prevent the spread of the flu. The CDC recommends that everyone over six months get the flu shot. People who are immunocompromised can’t get the shot and will rely on others around them to be vaccinated. Some people will still get the flu after vaccination as there are multiple strains of the virus each year. People who are vaccinated are less likely to get the flu and, if they do, will not be as sick. Eradicating the flu virus is hard. Using Odorox/Pyure Hydroxyl Generator air machines to find and eradicate this virus is the best way to clean and sanitize your home, office, or medical center. These machines can eliminate smells, bacteria, and viruses so that you are protected from the flu and other illnesses.

We are so please to share with you our testimony regarding the use and rental of the Boss Odorox generator. We have been in the retail dry-cleaning business since 1947, for the last fifteen years we also have been restoring textiles in south eastern Iowa which have been subject to fire, storm, and or flood. We have been users of ozone as a restorative additive to smoke removal and to some extent still do. Our use of the Odorox technology has allowed us to greatly reduce ozone usage in textile remediation.
We advertise odor management as a service both to textiles, which in includes drapery, carpet, and clothing. Our application of the Odorox technology has saved several property owners from having to replace carpet, has unexpectedly improved the health of an acute sensitivity to odors of one of the residents owners. We also rent this technology and have had, along with a subcontractor applied it to death clean up in a semi cab where the driver apparently died of a heart attack, but in warm weather and was not found for six days. In this case, after stripping and remediating the semi cab, the Odorox technology removed the final odors for good.
A partner in the dry cleaning and restoration business in Canada reported the
successful restoration of skunk smell that somehow got in to a men's clothing store.
The new clothes in this store were successfully remediated from the skunk smell without removing them from the premises. This is what prompted us to explore and eventually purchase the Odorox Boss.
In working with one of our ServiceMaster contractors on a fire/smoke environment which was light and no trace of residual sooting, we used the Odorox Boss in 6 days to restore the environment, while the people continued to work, and with out wipe down or other forms of remediation.

We have become confident in the use of Odorox technology, its safety, strength, and application. We would recommend anyone in the restoration business to explore the use of it.