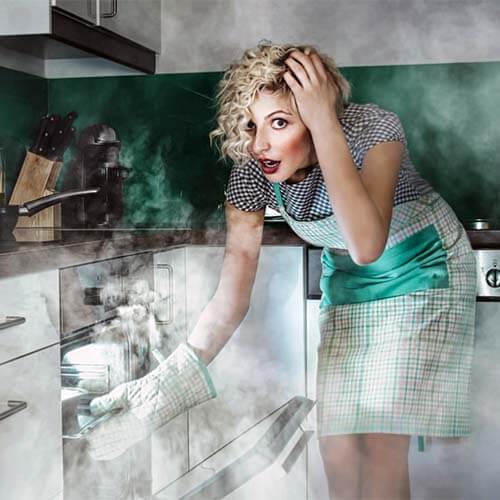 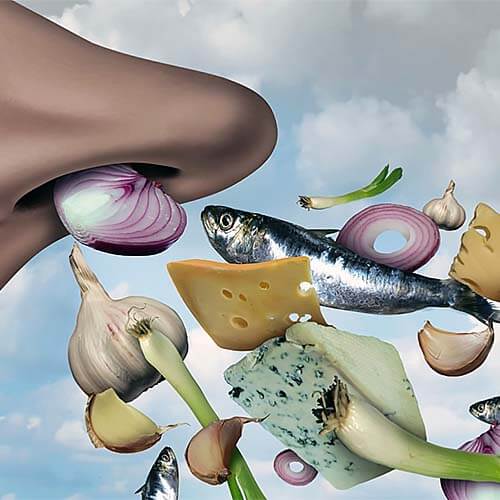 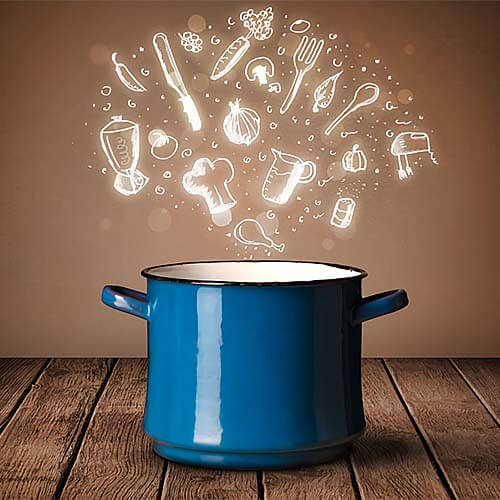 How to Get Rid of Cooking Odors and Smells

There are few things more frustrating than being in a home, whether it is yours or a friend’s, and being unable to concentrate or enjoy yourself because of a bad smell in the space. When there is a bad odor in the house, especially if it is coming from prior cooking, it is impossible to relax and enjoy yourself without thinking about how to eliminate kitchen odors.

One problem that goes hand-in-hand with cooking is trying to get rid of the smell of cooking when you are done with your meal. While any kind of cooking or baking will produce odors that you will want to remove from your home, there are some culprits that everyone immediately recognizes that can be very unpleasant. If you have ever fried onions, baked fish, or cooked a curry with a lot of spices, then you have already experienced the problems that can occur due to kitchen odors, leaving you wondering how to eliminate cooking odors.

Fish Smell in the Kitchen

Fish is a main problem when cooking, and even though it is incredibly healthy and a great way to get protein into your diet, when you cook it, you will have a fishy smell that can be difficult to get rid of. The tissue of your fish actually has a chemical in it called trimethylamine oxide. While this is an odorless chemical, once it is exposed to oxygen it will begin to break down. As it breaks down, it is changed into derivatives of ammonia. This is one of the most noxious odors that you can have in your kitchen. Because of the smell that can be produced when you cook fish, you need to have a plan as to how to get rid of cooking odors before you even start cooking.

There are some ways to prepare your fish that will reduce the triethylamine oxide present in the fish. Soaking your fish in milk and then refrigerating it for a few hours before you actually cook it can reduce the levels of triethylamine oxide. Unfortunately, this will not completely remove any of the fishy odors that you are used to when you do prepare and cook your fish.

The Reason for Fish Smells

Killing a fish will immediately make fish enzymes and bacteria convert TMAO into TMA (trimethylamine). This is what gives fish its characteristic odor. By rinsing the TMA off of the surface of the fish with tap water or treating the fish with acidic ingredients, you can work to bind the TMA and cause it to be much less volatile, preventing the odors from reaching your nose.

Freshwater fish are milder than saltwater fish, and this is due in part to the fact that they do not accumulate TMAO because of the differences in their environment. However, some freshwater fish tend to taste or smell muddy due to the presence of compounds that are produced by algae the fish eats.

Another smell that can be difficult to get rid of in your home is the smell of onions. Odors from onions can actually damage the fabrics in your home, including carpeting and clothing. Other foods that are closely related to onions and will have similar smells when cooking include chives, leeks, garlic, and shallots.

The amino acid alliin in these foods will convert into allicin when the food is chopped, which will create sulfide compounds rather quickly. It is these compounds that are so smelly and contribute to the odor we associate with onions.

Curry and other spices will also produce odors in your home and leave you wondering how to get rid of kitchen odors. While the spices themselves don’t cause the odors, it is the change in their chemical composition while they are heated that causes the smell. When cooked, these spices release a fat-soluble essential oil that creates the aroma.

Heat will make these vapors spread through your home and increase the way that they smell. While curry smells amazing, the odors can absorb into your clothing, wallpaper, and other surfaces. It’s difficult to remove the smell with just air fresheners, and Odorox/Pyure hydroxyl processors are the best way to remove these odors. This equipment will be able to remove these odors not only from your kitchen, but also throughout the rest of your home, as well.

I have ten years experience as an estimator, trainer, and general manager of a 3 million dollar+ cleaning and restoration firm. As a Certified Restorer I have never endorsed one product over another. I have always believed that there were products available laterally that were as good what was being offered at the time.

After using your Odorox machines my opinion has changed. We recently put them to the test by placing them in a basement that had a fire..before we tore out! The Odorox completely eliminated the smoke odor. I thought for sure the odor would return when we tore out the drywall but it didnÕt. This was great since we had spaced sheathing with felt paper and hardwood above it. We were able to eliminate the odor without removing the floors! I believe you may have found the next 'sliced bread'.

Thank you for selecting Angels to test your Odorox Hydroxyl Generator in our hair and beauty salon during the month of November. As you know Hair Salons are full ofVOC's (Volatile Organic Compounds) and other difficult odors derived from chemical solutions used on a variety of applications such as perms. Some of these odors are nearly impossible to get out and at times can be irritants to my employees or customers.
Your machine was simply amazing, not only did it get the airborne odors out of the ambient air in only a few hours, but after operating over night all of the odors were eradicated from the walls, surfaces and furniture. Each morning we came into an
. odorless sanitized environment that felt fresh and clean. We don't understand how you got the odors out of the furniture without it passing through the machine but we can't complain about the result
When you informed me that the elevated oxygen that emits from the machine would eliminate the tiredness we all feel by the end of the day I didn't believe you. Well I must
say I will never doubt you now, the clean oxygen rich air not only surprised me in how it eliminated my normal afternoon fatigue but other customers commented on it
too.

Thank you once again for showcasing your technology in our facility.